Captain Alexander Barrack spent 30 years in sail and ashore in the South Pacific from 1851 onward. In 1869 he settled with his family at Savusavu on Vanua Levu in Fiji. He had decided to go into the cotton-growing and cotton-buying business. He later was to become the first man in Fiji to use water power and the first to use machinery for manufacturing purposes. He was one of the first to subscribe to the cost of putting a Lighthouse on Namuku Island. He was later appointed a Trade Commissioner by the Fiji Government. 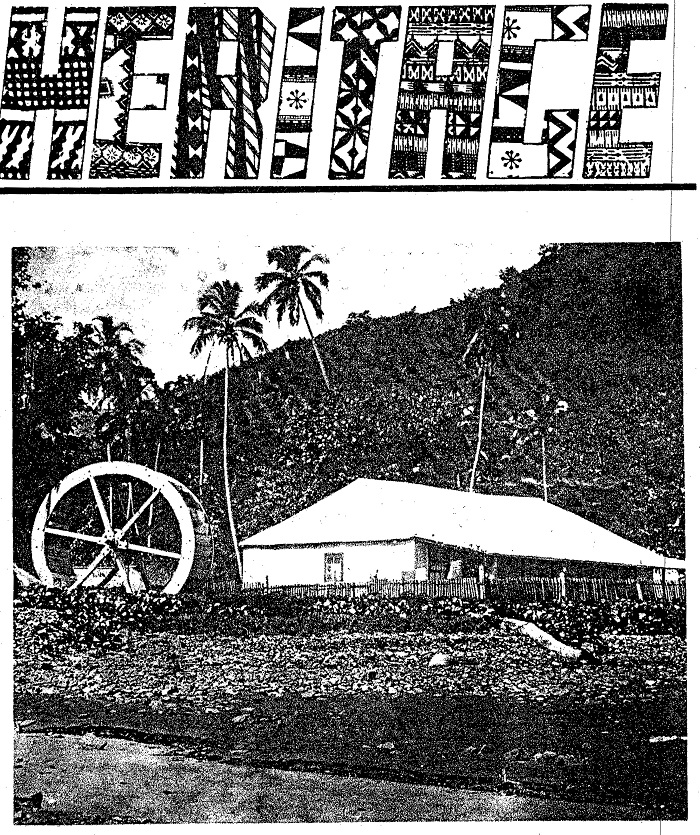 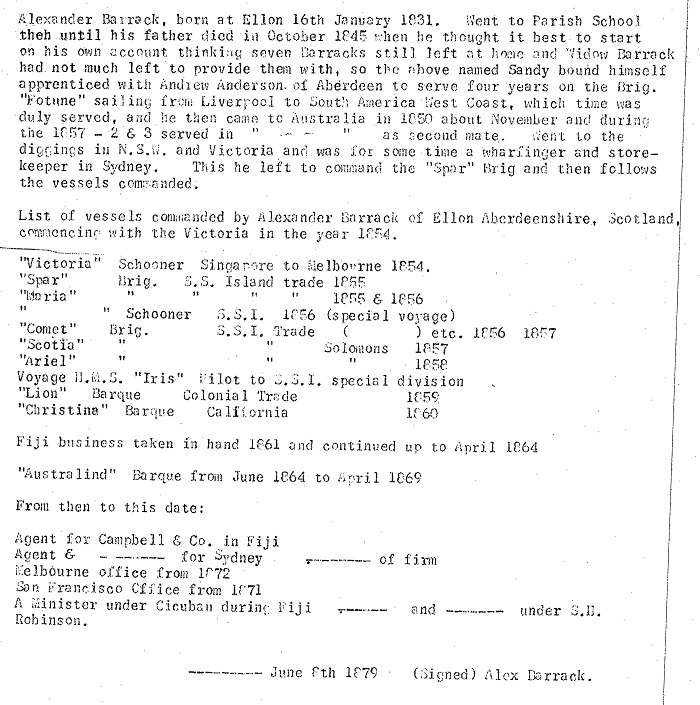